Anyone Want A Surplus Billionaire?

You're our ally, right? We've done lots of little military and trade favours for you, right? Electronic spying stations in the outback... handy air- and sea- bases in the South Pacific... support in Iraq... support in Afghanistan.... you know. Stuff like that.

Not that I'm saying you owe us anything, no. Not me. Actually, I'm just setting up to do you a favour here. Really!

See, I know how much you love billionaires over there. You just love the bastards, don't you? You collect 'em. You show 'em off. You like to gloat about how many you've got, and kind of, you know, hold them up so that everyone can look at 'em.

You even take them from other countries, sometimes. You lifted Rupert Murdoch off us, for example, and we're still truly grateful for that. (Thanks again, by the way. Rupert's a real turdsucker. Try and keep him occupied, will you? Have an election or something. Rupe just loves elections.)

You also took Mel Gibson, even though he's only a multi-multi-millionaire. Sure, you took him before he was widely identified as a crazy, foul-mouthed, wife-beating, drunken, God-freaking bigot, but you know, we're still grateful. For a while there, people thought of Mel as an Australian, and frankly if that was still going on, who knows what people would think of us, eh? 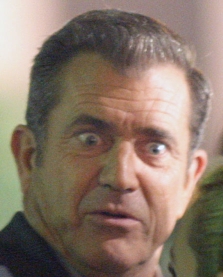 Mel Gibson. In case you'd forgotten what crazy looks like.


Now, here's the favour I want to do you, America. I want to enhance your billionaire collection. And it's not just any old billionaire this time. Not some little media magnate or shipping overlord, no. Actually, I want to give you no less than the world's richest woman.

Yeah. Let that one sink in, eh? The world's richest woman.

Come on, that's gotta be special, right? No way your collection is complete as long as Australia's got the world's richest woman. You want her. You need her. Morally, philosophically, in every way that counts, she's really yours, right? Right?

Okay, it's true. Gina Rinehart is uglier than the wrong end of a naked mole rat. But she's rich. Rich!

A naked mole rat. Not pretty, no. Nor is it rich. But I'd still rather sit next to it on a bus than Gina Rinehart.

Okay, yes, she's also a deranged right-wing nutter who makes the masters of the slave economy in your Old South look like kind, gentle, socialist philanthropists. But since when has that ever been a problem for you, America?

Gina Rinehart: more American than America. Come and get her!


**Edited to add: if anyone thinks I have a particular problem with Rinehart because of her gender... heh. That's nice. You go on thinking whatever you like. But before you start any kind of discussion with me on my sexist approach to fat bastard billionaires, watch this youtube video. Twice.**
Posted by Flinthart at 3:52 PM