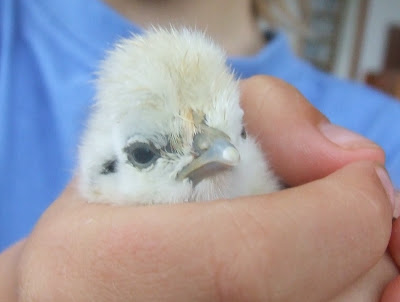 Yes. That is he, right there. What? You didn't recognize the slightly supercilious stare, or (the real giveaway) the ridiculous hairstyle straight out of his role as Jared the Goblin King in Labyrinth?
Ha! Shows you've got no imagination. Or at least, not the same kind of demented imagination as Younger Son, who has christened his baby bantam "David Bowie" in honour of said ridiculous hairstyle. Oh -- and David Bowie the Bantam sings, too: a monotonous, ear-piercing sort of "cheep-cheep-cheep-cheep" noise that goes on, apparently ad infinitum.
Oh, joy.
We now have three little banty buggers. Of the lot that went under the Death Star Warming Bulb, no sign of life has been found. R.I.P little banty beasties, victims of a well-meant but ill-prepared mother attempting to introduce her offspring to the delights of... umm... bantams.
The weather's switched on us, which is good. Smaller Son and I planted out a bunch of tomatoes yesterday, so the gentle, steady rain we're getting right now is absolutely perfect. I also took a risk a few weeks ago and put in an orange tree. I mean - I've had a lime out on the deck for two winters now. It's in a pot, so it's not going gangbusters, but it's not dying. In fact, I should probably plant it out and give it a chance. But the orange tree is very pleased with itself - lots of new, springy growth.
We introduced Grace to Movie Night at Chez Flinthart last night. Vietnamese Spring Rolls all round for dinner, and then off to the movie loft with lots of popcorn to see the most recent Harry Potter flick. Grace loaded up on spring rolls and declared she couldn't possibly eat popcorn. Heh. Poor Grace: she's never had Flinthart's patent Thai-Style Hot and Sour popcorn. Imagine! The poor creature was concerned it might be difficult to get a decent diet down here, with all us gluten-tolerant sorts...
And in other news? Haircuts for me and the boys. New tyres for the Mighty Earth King. (Ouch! Those mothers are expensive!) And the Mau-Mau has to attend her best friend's birthday party tomorrow, so the boys and I found a present for her to give the friend. It's a nifty black velvet-flocked box with all kinds of decorations on it, and lots of drawers and panels in it. I'll take the Mau-Mau down shopping today, and we'll find goodies to put into the drawers and panels, and it will be a fine and lovely present for a newly-four-year-old.
Meanwhile... I think I'll run up savoury pork ribs today on the Charcoal Gorilla. Sweet, hot, salty and smoky porky bits, maybe a few roasted taters, a bit of salad... yeah.
And now: here's a farewell from David Bowie and his most dedicated fan... 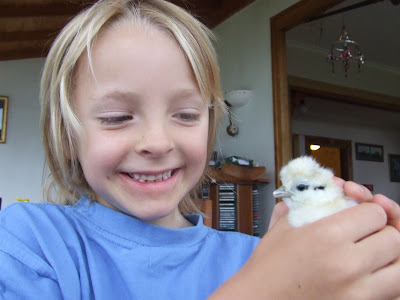