Urgh. I'm very tired.
It was one of those things that just seems to happen. We planned a simple tenth birthday party for Elder Son, themed around 'Science Fiction', with a bit of a retro kick. And here's a shot that'll give you the idea: 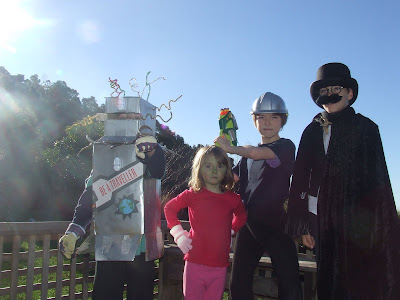