I encountered the delightful Amanda Pillar a while back, and she let on that there was a collection coming from Ticonderoga Press which called for mythological beasties in modern fantasy.

I've never really understood my own idea-catching process. It just sort of happens. But - tip for editors here - if you want a story from me, just tell me the theme of your anthology. I don't know why, but my brain latches onto these things and inevitably coughs up the bones of a tale.

I'm not complaining, mind you. I may not understand it, but it's nice to know it works.

Meanwhile: look out for Bloodstones, from Ticonderoga Press. The list of authors is out already, and it looks good. My own contribution is called "The Bull In Winter", and it involves several mythic critters, most notably a Minotaur with a lot on his mind... 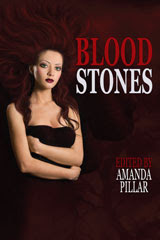 Posted by Flinthart at 6:50 PM