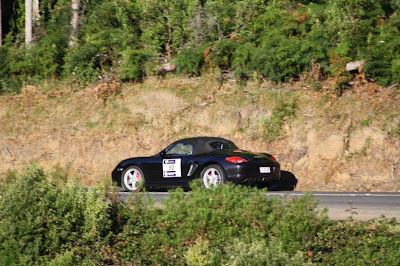 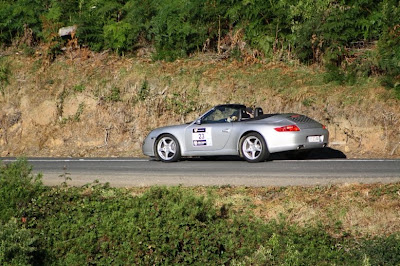 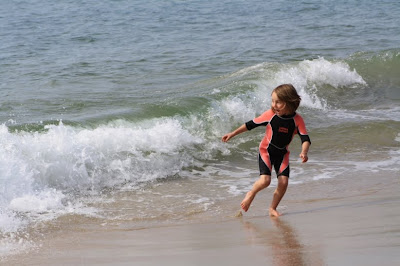 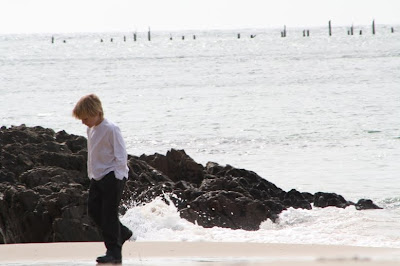 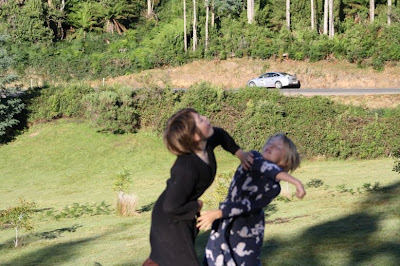 Which brings us to this last photo: Jake and Genghis raptly enjoying the race at about 0800 this morning. They watched about five minutes worth of cars going past, and then the urge to race around like loons overwhelmed them. In this picture, they're playing their very own combat game called "Star Trek Punch-Out". The rules are simple: each player takes on the role of one of the more violent of the Star Trek regulars, and then they swing wild, slo-mo haymakers at each other, reeling back with hilariously exaggerated expressions of dismay whenever their opponent takes a swing at them.
It's unnervingly like the fight sequences from Old Trek, actually. But Genghis's occasional cries of "Khaaaaaaaaan!" lack that special something which only The Shat could ever bring to the screen...
Posted by Flinthart at 6:50 AM