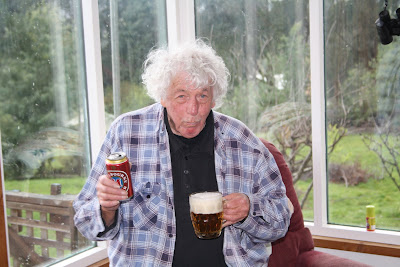 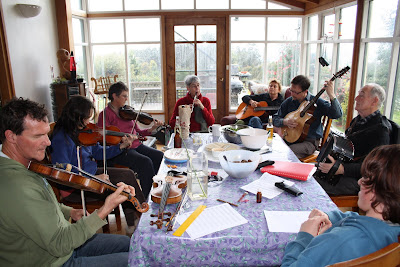 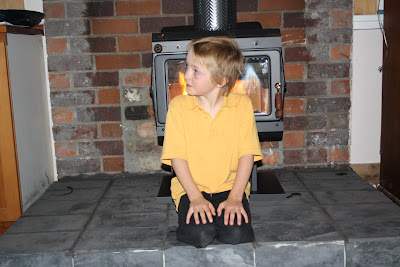 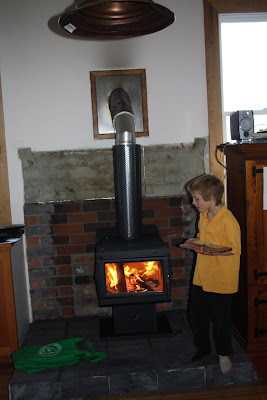 I've still got to clean up the back wall, maybe add a few more slates to frame the brick mantle behind... clean up the grouting and the seams (I ran out of grout) down the front there. But it works, and one can hardly ask for better.
And what did I do while the musos were doing their thing? I hung out in the kitchen, cooking for many, drinking beer, and listening to the music. It was very good, thank you kindly.
Now I have to go and pull my slow-baked lamb shanks out of the oven...
Posted by Flinthart at 7:53 PM