I've been busy. There have been visitors. There has been Sole Parent Duty. There have been disruptions to phone, Internet, etc. I will catch up soon. But right now, I just want to say this: I absolutely fucking win at "dad", right at this moment. 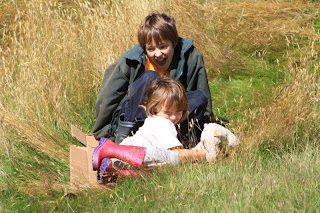 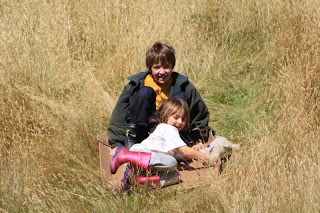 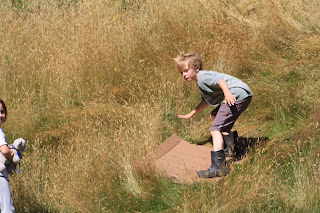 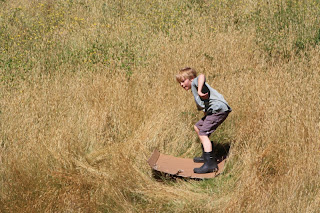 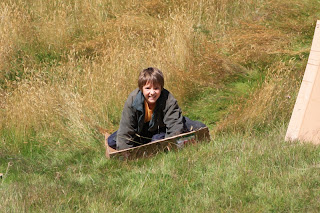 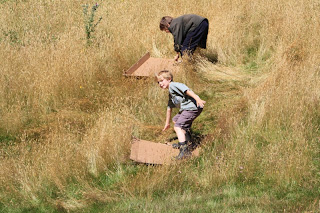 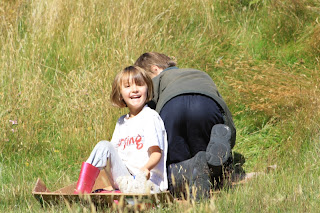 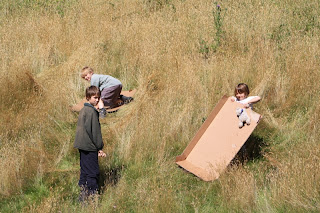 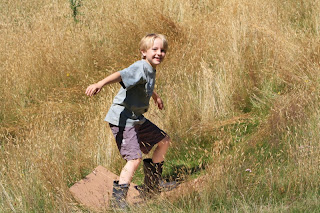 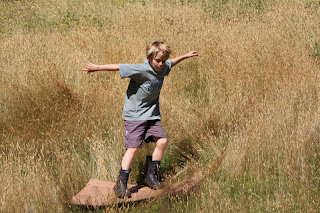 It's a hot day by our standards. Perhaps 26, maybe 27 degrees, and sunny. My kids have now been out on that grassy slope for over two hours. It's their second session for the day.

They're covered in scratches from blackberries, full of burrs and thistlethorns. Despite the sunscreen, I expect they'll have a few burns. Yet from where I can sit, I can hear screams of delight from the Mau-mau, and wild cries from both Jake and Genghis.

They're sliding down a grassy hillside on a hot summer day.

But that's not the extent of the win. Oh no. It's much better than that. Y'see, the thing they're sliding on is the remnants of a large cardboard box. Yep.

Best of all, that cardboard box is the one which, less than 24 hours ago, was wrapped around the big, shiny, new LCD flatscreen TV which I bought to replace the beat-up, phosphor-failing Dick Smith cathode-ray-tube TV (for only fifty bucks more than the CRT thing cost us six years ago, or so.)

That's right. The brand-new television is sitting there in the lounge room, on its own. I've plugged a USB stick full of favourite tunes into the side of it, and it's playing the Imperial March from Star Wars as I write. Meanwhile, my kids are sliding down the hillside on pieces of cardboard.

I'm behind on everything at the moment - but the hell with it. You don't get to slide down a hill with your kids very often, do you?

I'll catch up with you all soon.
Posted by Flinthart at 8:09 PM