Oh, the hot and heady days of summer. 21 degrees today, 22 yesterday... even Natalie cracked this evening, and complained that the day had been 'hot and muggy'. I made her say it again, just so I could laugh at her. She's always complaining about the cold down here, so to hear a whinge about a 'hot' day of 22 degrees is pretty damned funny.

I remember growing up in Cairns, in far North Queensland. There was one radio station that we could pick up: commercial channel 4CA. Frequency 1010... I remember because the awful fucking jingle went "Ten ten four --- see ayyyyy!"  It was a horrible fucking radio station, broadcasting on AM as they all did at the time. Played mostly shit from the sixties while I lived up there in the seventies... that, and top forty crap. Yechh.

One thing I recall very clearly, though: the incessant advertising for the first shopping-mall built in Cairns: Raintrees Shopping Town. The radio announcers always brought it up the same way, reading off some terrible goddam script doubtless nailed to the wall: "...Raintrees Shopping Town, where it's always a cool and comfortable twenty-two degrees..."

Yeah. Aircon - the wonders thereof. That was a big selling point for the place up in Cairns. Funny enough in retrospect. Even funnier now that I live somewhere that the locals start to sweat and move slowly when the temperature gets to twenty-two.

Ahhh, nostalgia. Or the opposite, actually. What's the opposite of nostalgia? What word describes that emotion you feel when you think back to your childhood and shudder, and swear you'll never go back there again? Not so much Cairns, of course. It's not a terrible place. But for some reason, nostalgia gives me the creeps - to the point where my mind actively rebels against trying to go back and relive 'old glories', or whatever the proper term is. Been there, done that: it was fun, but now I'm doing something else.

What else? Well, what with the cricket on the choob (a good Test, so far. Better if the Aussies had held some of those tricky catches, or if Peter Siddle hadn't overstepped at a vital moment - or if the umpires hadn't screwed the pooch on Mike Hussey's dismissal) and the post-Xmas lassitude, it was a good day for laziness. Therefore, in honour of the good Prof Boylan, I devised a new, summer-time drink.

One of the advantages of being large, hairy, blokey, and well trained is that one can generally drink whatever the fuck one wants without having to worry about being harassed. These days, if I walked into a country pub and demanded a campari and soda with a splash bitters and a little pink paper parasol, please - well, there might be a silence in the place. But I know that silence. And I know how to stare it down, give it a shit-eating grin, and express without words just exactly what will happen to the unnecessarily silent individuals if they so much as look cross-eyed at me. Absolutely no words necessary.

That being the case, I'm quite happy to drink some very girly concoctions from time to time. Generally without the paper parasol, but that's just because I dislike any stupid bits and pieces that get between me and my drink. Like chunks of fruit, for example. Chunks of fruit do not belong in an alcoholic drink.

On the other hand, properly treated, fruit can be a real advantage. Which brings me back to the bit with Prof Boylan, who recently advised me to make raspberry Vodka. (Which I have. Thank you.)

I have also made raspberry sorbet, much to the delight of my wife and kids. A very simple recipe, what with all the raspberries we've got at the moment -- a litre or so of strained raspberry juice and pulp, some sugar, a couple egg-whites, and a half-hour or so in the ice-cream maker. Oooooh, yeah. Good.

Trouble is, sorbet doesn't really store well in the freezer. It loses its nice, smooth-slushy quality, and goes all icy and dry. Not nearly so nice to eat. On the other hand...

Make a gin and tonic. Make it nice and strong. Now, instead of ice, drop in three spoonfuls of raspberry sorbet, made as above. Drink. Listen to the happy song of your tastebuds as the alcohol goes into action. Make another. Drink that too. And then a third, what the hell. Mmmmmmmm.


And in other news: I do believe the inimitable Mister Jay may be back in the country. At least, judging from the return address on the rather wonderfully horrible "Mandrake the Magician" movie-serial DVD that turned up in my postbox just before Xmas, somebody claiming to be the man himself is launching crap-bombs out of Canberra. Mmmm! Tasty! The boys and I have now watched two episodes. The excitement is... umm... yeah. We're gonna have to give it the Suave Guy treatment, I think.

Not that all of Mister Jay's efforts have been so craptacular. As a matter of fact, the boys and I are thoroughly in his debt. Not only did we get some marvellous postcards from Sweden, but not too long ago, some books turned up in the post: 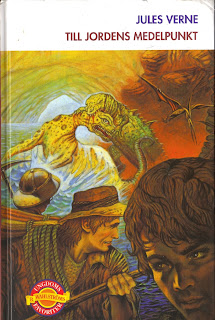 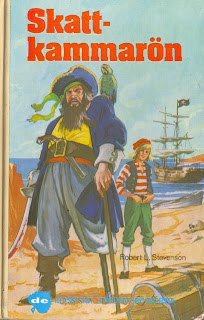 Very, very cool choices. We're not quite up to this standard yet... but we will be. Yayyy! Welcome back, Mister Jay!
Posted by Flinthart at 2:30 AM