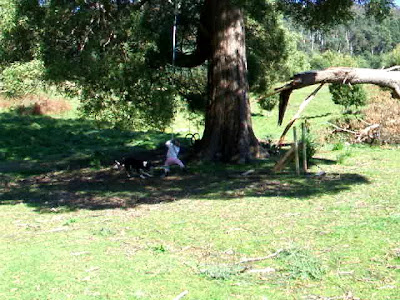 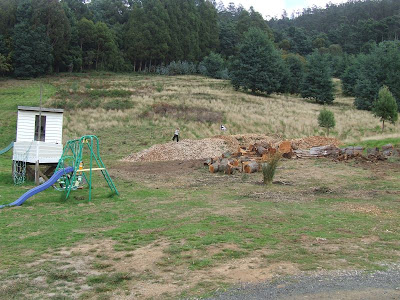 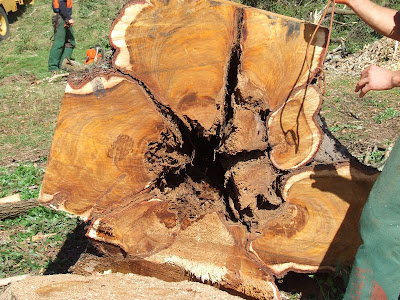 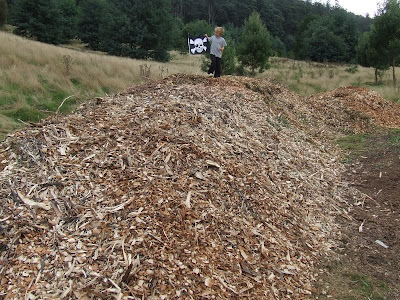 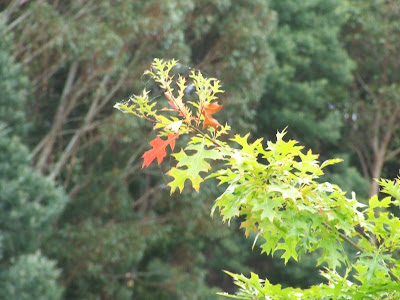 And there is the first autumn leaf of the year on the little pin-oak I put in place upslope of the Tree-That-Was, Christmas 2006. It's a healthy, growing tree now, and very beautiful. I like to get live trees for our Christmases, and plant them out afterwards. This one is doing especially well.
I'm hoping for plenty more.
Posted by Flinthart at 11:15 PM